The Ecuadorian corporate objective: Shareholder primacy in times of COVID-19 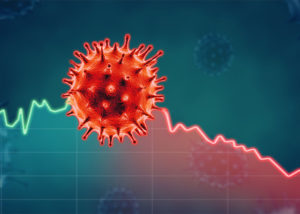 Among the many social and economic effects caused by the international spread of the COVID-19, some argue that this pandemic will change the way directors conduct companies. According to some, this pandemic will speed up the end of shareholder primacy, and stakeholderism will replace it as the prevailing corporate theory. Concerning corporate governance, I respectfully consider that Ecuador should reject stakeholderism, even in times of COVID-19.

According to stakeholderism, the company’s management should not only create value for its shareholders. Instead, directors should perform their duties for the benefit of all the stakeholders of the company, regardless of their nature. Hence, the position of non-shareholding stakeholders (such as the company’s workers, its suppliers, its customers or the environment, among many others), should be equivalent to the position of the company’s shareholding constituencies. The Oxford English Dictionary defines the phrase having a stake as “to have something to gain or lose by the turn of events, to have an interest in”. Following that definition, we could regard anyone who claims to have an interest in the company as a stakeholder. Under stakeholderism, it would be almost impossible for directors to balance the position of corporate stakeholders (which, most of the time, will collide among them) and to decide which interest is paramount in case of conflict.

An additional argument against adopting stakeholderism in times of COVID-19 is that shareholders are the natural evaluators of the management of the company. Based on the Ecuadorian pattern of concentration of capital, the general meeting of shareholders has, under S. 231 (1) of the Ecuadorian Companies Act, the exclusive attribution to appoint or remove the managerial members of a company. Under stakeholderism, the designation process of the company’s directors would be uncertain. If Ecuador adopted stakeholderism, non-shareholding stakeholders would be entitled to appoint or remove directors, since this theory suggests that all the stakeholders are the recipients of the managerial fiduciary duties. Given the almost infinite number of constituencies whose interests may converge on a company, the designation or removal of directors would be impossible from a practical standpoint. Based on that impracticality, the Ecuadorian Companies Act has given shareholders the exclusive power to control the management of the company, including the Benefit Corporations. Concerning the Ecuadorian Benefit Corporations, the shareholders of the company are the ultimate recipients of the managerial fiduciary duties (among others, of the duty of due consideration of the interests of the company’s stakeholders), and they are the only ones entitled to bring a derivative claim against directors when they do not comply with the company’s value creation purpose or fail to take into consideration the interests of non-shareholding stakeholders.

Concerning the enforcement of the managerial fiduciary duties, this broad conception would entitle anyone who claims to have a stake in the company to bring a proceeding against corporate directors. Hence, under stakeholderism, directors will act as agents of an almost infinite number of principals, leaving them susceptible to face an unmanageable number of legal proceedings when one stakeholder, or several groups of them, consider that the company’s management affected their interests. That said, due to the financial difficulties generated by the economic impact of the COVID-19, a high number of Ecuadorian companies are expected to face significant operational losses, with the subsequent risk of liquidation, under S. 198 and S. 379 of the Ecuadorian Companies Act, if those losses are not adequately absorbed or, at least, reduced to an amount which, in proportion, represents less than half of their legal capital. Rather than worrying about a potential increase of an unmanageable number of legal proceedings against them, directors should focus their time, skills and efforts on rescuing companies as a going concern and reducing the risk of corporate liquidation (perhaps through filing for bankruptcy or seeking extrajudicial arrangements with the company’s creditors). At least within the Ecuadorian corporate framework, adopting stakeholderism in times of COVID-19 would be inadequate, since this approach would open the litigation floodgates for the prejudice of directors who, while focusing on mitigating the negative impacts of this pandemic over the company’s operational activities, should only be held accountable by the company’s shareholders.

Due to its lack of certainty regarding the balancing of several interests, the inconvenience derived from the enforcement of the managerial fiduciary duties, the allocation of corporate control over managerial performance and the adequate protection stakeholders receive from other areas of law, Ecuador should not adopt stakeholderism as the prevailing corporate purpose theory, even in times of COVID-19. During this pandemic, and long after this outbreak fades, directors should only have the duty to promote the long-term success of the company for the benefit of its members. In doing so, they could take into account other interests, as long as those matters are not contrary to the interests of the company’s shareholders, whose position, from a corporate standpoint, should be paramount, since they are the residual claimants of the company. In my view, directors should only consider the interests of non-shareholding constituencies if, and only if, they do not collide with the interests of the shareholders.